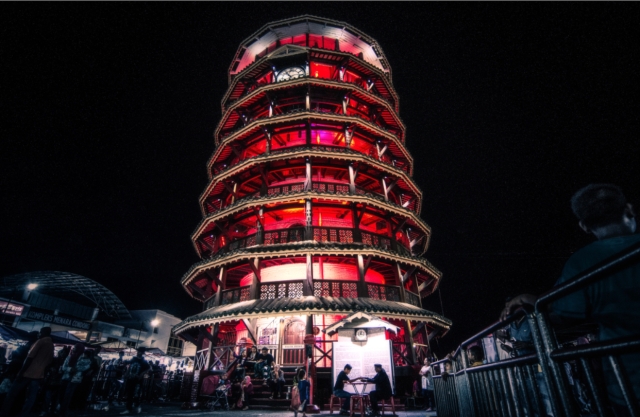 Day 15
Prayer:
Heavenly Father, thank You for gathering us together to read, study, meditate, and apply Your word to our life. May we be transformed, in Jesus’ name, Amen

Mark 6: 45-56
The gospel of Mark is an action packed narrative written to a Roman audience by Mark who emphasised what Jesus did, presenting Him as the Suffering Servant.

VV 45-48, ‘’45 Immediately He made His disciples get into the boat and go before Him to the other side, to Bethsaida, while He sent the multitude away. 46 And when He had sent them away, He departed to the mountain to pray. 47 Now when evening came, the boat was in the middle of the sea; and He was alone on the land. 48 Then He saw them straining at rowing, for the wind was against them. Now about the fourth watch of the night, He came to them, walking on the sea, and would have passed them by.’’

Jesus was growing in popularity and the disciples were excited. Jesus sent His disciples into the boat to go to Bethsaida while He dismissed the crowd, promising to join them later. Even though they were obedient to Jesus, they were heading straight into a storm. Sooner or later, you too will get into a storm. God will deliberately send you into a storm to build character, faith, perseverance, humility, and deepen your walk with Him. Blessings had to be balanced with sufferings. The Sea of Galilee, 680 feet below sea level, is the lowest freshwater lake in the world. Storms are due to cold air from the Mediterranean Sea colliding with warm air above the Sea of Galilee after rushing down the valley at a high velocity. Jesus was 3 to 4 miles away, but He saw them rowing and struggling in the storm. Jesus can see all your struggles and He is never far away. The fourth watch of the night was between 3 am to 6 am. The disciples had been in the storm for many hours.

VV 49-52 ‘’49 And when they saw Him walking on the sea, they supposed it was a ghost, and cried out; 50 for they all saw Him and were troubled. But immediately He talked with them and said to them, “Be of good cheer! It is I; do not be afraid.” 51 Then He went up into the boat to them, and the wind ceased. And they were greatly amazed in themselves beyond measure and marveled. 52 For they had not understood about the loaves because their heart was hardened.’’

When they saw Jesus walked on the sea, they were frightened, thinking that they had seen a ghost. Jesus said, ‘’ it is I, do not be afraid.’’ Their hearts were hardened. Just hours ago, the disciples saw the feeding of the 5000 and yet their hearts were hardened. Is your heart hardened?Why did Jesus walk on water? The disciples feared the waves and the storm. Jesus stepped on the things they feared to show that He was in total control.

VV 53-56, ‘’53 When they had crossed over, they came to the land of Gennesaret and anchored there. 54 And when they came out of the boat, immediately the people recognized Him, 55 ran through that whole surrounding region, and began to carry about on beds those who were sick to wherever they heard He was. 56Wherever He entered, into villages, cities, or the country, they laid the sick in the marketplaces and begged Him that they might just touch the hem of His garment. And as many as touched Him were made well.’’

When they landed in Gennesaret, the people immediately recognised Jesus because He wore a special garment called the ‘’tallit’’. The sick people who touched the hem of Jesus’ garment with faith were healed. Even though the multitude followed Jesus, not all of them all believed in Him. John 2:23-24, ‘ ’Now when He was in Jerusalem at the Passover, during the feast, many believed in His name when they saw the signs which He did. But Jesus did not commit Himself to them, because He knew all men’’.

Prayer:
Heavenly Father, thank You that You gave Your one and only Son to die on the cross to pay the penalty of our sins for us, to give us salvation and eternal life. Thank You for speaking to us as we are hunger for Your truth, in Jesus’ name, Amen.

The next chapter of my life landed me in a town called Telok Intan. I spent two years of my life in Telok Intan from 1970 to 1971 to pursue an upper secondary education in the Horley Methodist Secondary School, HMSS. This was a 2-year course, the first year, lower form 6 and second year, upper form 6.

Telok Intan is a medium-sized town in the Lower Perak district of Perak with a total population of 128,179 in 2016. The town was first called Telok Mak Intan, which means Mak Bay, but was later changed to Telok Anson which means Anson Bay. After the third name change in 1982, it is now known as Telok Intan which means Diamond Bay. This is a predominantly agricultural-based township with many unique colonial buildings and home to the famous leaning tower of Telok Intan, a pagoda-shaped building with a clock tower frontage, standing proudly at 25.5 meters, and slanting leftward. This is the Malaysian equivalent of world-famous Italy’s Leaning Tower of Pisa.

In the first year, I stayed with the family of my aunt, my mother’s younger sister but I shifted out to a homestay with another family in the second year in search of freedom, independence, and autonomy.

HMSS had a long history dating back to 1899. It was founded by the Reverend W. E. Horley, who also founded the Anglo Chinese School, Ipoh, in 1895. HMSS provided me with a good overall pre University education. The teachers were very friendly, respectable, knowledgeable, helpful, and dedicated. About ten classmates from MES Tanjong Malim went on to HMSS Telok Intan. Some girls students from Convent School Telok Intan also joined HMSS for Form 6.

My memories were also failing me here. I don’t remember very much of the time in Telok Intan. I was a School Prefect and President of the 6th Form society. Among other things, we published monthly newsletters and yearly magazines. My best friend in Telok Intan was a student one year my junior. He was a top student from Bidor who joined HMSS in 1971. We were roommates in the same homestay. He was quite a joker, tall, fair, handsome, and intelligent. We did a lot of things together. Printing newsletters, playing games, cycling, listening to music, doing outdoor activities, and so on. By now, I have passed the age for tops, marbles, catapult, fighting fish, and spiders. These were the things I did in primary school.

In those days, we did not have internet, mobile phones, tablets, e-mail, WhatsApp, Google, and so forth. We communicated directly person to person, and face to face. We had more human interactions. We did not have to make prior appointments. All meetings are more or less ad-hoc and spontaneous. I still enjoyed playing the guitar but was not involved in any band. I did not join the Boy Scout movement in HMSS. I practiced Take Kwan Do in the evening and played some games but did not excel in sports or athletics. However, I was a good and conscientious student, did well in my studies, and was one of the top students.

I remembered one tragic incident in 1970 when one of my classmates committed suicide by hanging himself in his house. He suffered from depression but did not seek medical advice. A few weeks earlier, he shared with me that he was a failure, was unpopular, was not good in studies, and was voted into any positions in any society. He said he envied my popularity and wished he could be in my shoe. He also had a look of sadness and depression on his face. A few days before the incident, he was seen walking around the neighborhood carrying some ropes with him. The whole school was shocked when it happened. Nobody, including me, expected that he would take his own life. All the telltale signs were there. In hindsight, I should be more caring and should have taken him to seek medical advice. This could have prevented the tragedy, but it was too late.

There was a classmate who had become a Christian in HMSS Telok Intan. He was friendly, honest, caring, and warm, a good role model. He shared the gospel and the love of God with me. He invited me to Christian fellowships. I attended some of these meetings, enjoyed the sharing, friendship, and refreshments.

I also remembered one of my classmates, who developed schizophrenia in the second year. He became more and more psychotic, could not continue his study and had to leave the school.

I liked the annual nature study outings organised by a lady science class teacher. One year, she took us to an island resort called Pulau Sembilan for a nature study outing. We spent 3 days and 2 nights to study the fauna and flora of the island resort. It was a most memorable trip. I remembered I was stung by a jellyfish and one of my legs was swollen but I recovered quite fast and uneventfully.

Being a poor student I needed extra income to finance my study. I was thinking of giving private tuitions. Then one day, a nice girl from the Convent School approached me and asked me whether I wanted to give private home tuition to a Form 4 student. I said yes and that was how I started to give tuition to the girl for 2 years. Little did I know that this girl would eventually become my wife.

My time in Telok Intan culminated in the Higher School Certificate Examination, HSCE. The result of this examination would determine whether one will make it to university or not. I did very well in the HSCE and was able to enter the reputable Medical School at the University of Malaya, Kuala Lumpur the following year. I was also awarded a Perak State Scholarship that will pay all my tuition fees and cost of living allowances for the whole 5 years duration of my course. The scholarship was God sent. My parents were poor and could not afford to finance my University education. Even though I was still a free thinker at that time, God provided for me through the scholarship. God’s providence was at work in my life. I remembered one of the interviewers for the scholarship interview was my father’s friend, who was a member of the Parliament of Tanjong Malim. During the interview, he was very friendly and gentle and put me at ease. He asked very simple questions that I would have no difficulty in answering!

1The Lord is my shepherd, I lack nothing. 2He makes me lie down in green pastures, he leads me beside quiet waters, 3he refreshes my soul, He guides me along the right paths for his name’s sake. 4Even though I walk through the darkest valley, I will fear no evil, for you are with me; your rod and your staff, they comfort me. 5You prepare a table before me in the presence of my enemies. You anoint my head with oil; my cup overflows. 6Surely your goodness and love will follow me, all the days of my life, and I will dwell in the house of the Lord forever.

“Verse 1- With me, the Lord, Verse 2, Beneath me, green pastures, Besides me, still water. Verse 3, Before me, a table, Around me, my enemies. Verse 4- After me, goodness and mercy. Verse 5- Ahead of me the house of the Lord.

Quoted from D L Moody’s Book, “How to Study the Bible”, Chapter 16 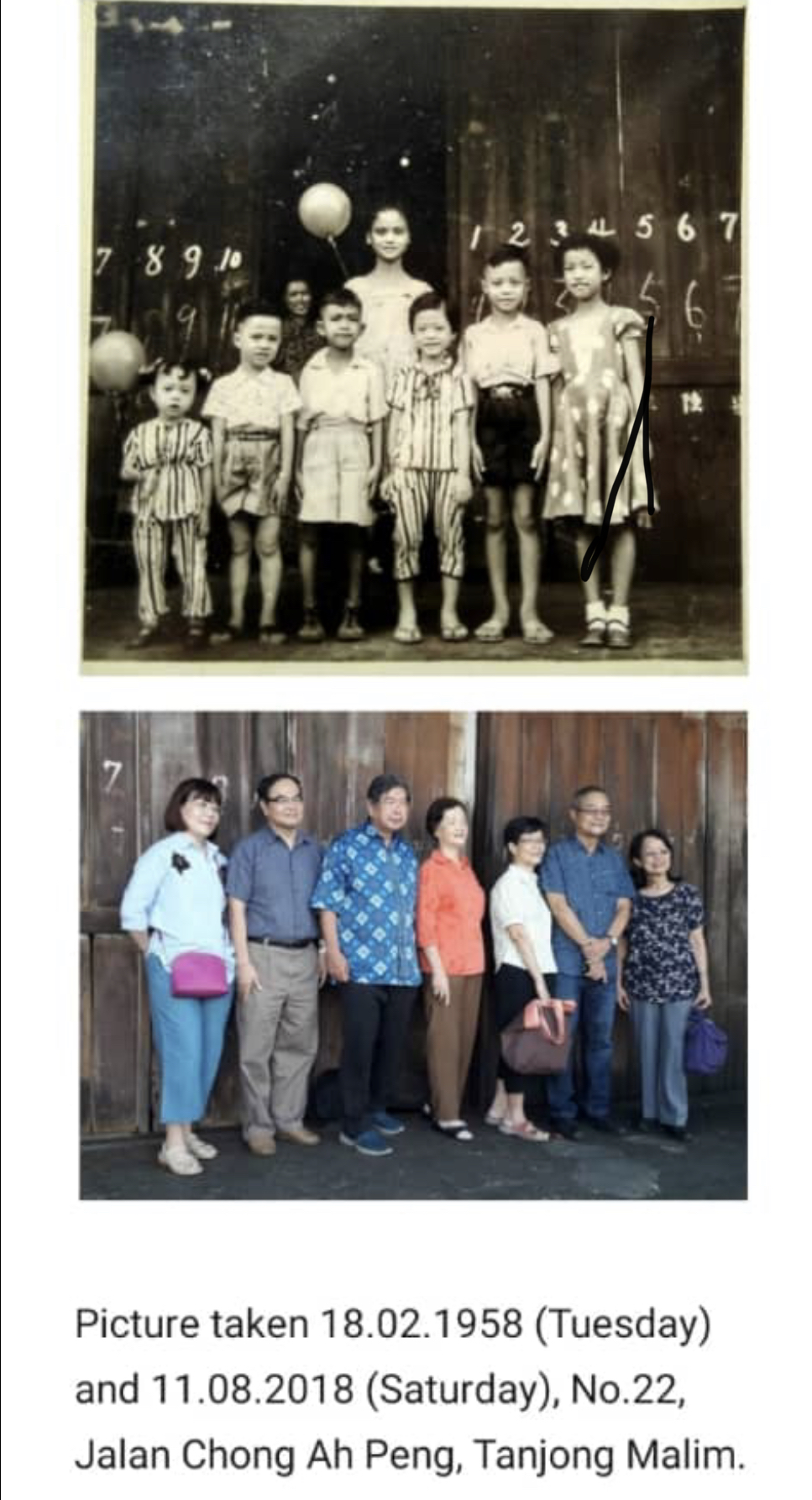